On Feb. 17, 2021 the House of Commons began second reading of Bill C-15, An Act respecting the United Nations Declaration on the Rights of Indigenous Peoples. On March 11, Parliament’s Indigenous & Northern Affairs Committee began pre-study of Bill C-15. This Bill draws heavily on Bill C-262 which was passed by the House of Commons on May 30, 2018 but failed to pass through the Senate before Parliament prorogued for an election in the fall of 2019.

What is in the Declaration? What is “FPIC”?

How is FPIC used in the Declaration? 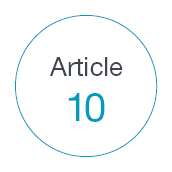 Indigenous peoples shall not be forcibly removed from their lands or territories. No relocation shall take place without the free, prior and informed consent of the indigenous peoples concerned and after agreement on just and fair compensation and, where possible, with the option of return. 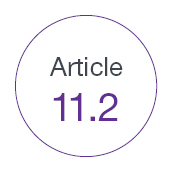 States shall provide redress through effective mechanisms, which may include restitution, developed in conjunction with indigenous peoples, with respect to their cultural, intellectual, religious and spiritual property taken without their free, prior and informed consent or in violation of their laws, traditions and customs. 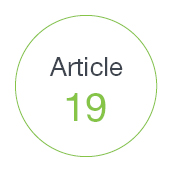 States shall consult and cooperate in good faith with the indigenous peoples concerned through their own representative institutions in order to obtain their free, prior and informed consent before adopting and implementing legislative or administrative measures that may affect them. 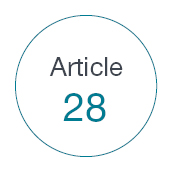 Compensation for lands and resources

1.  Indigenous peoples have the right to redress, by means that can include restitution or, when this is not possible, just, fair and equitable compensation, for the lands, territories and resources which they have traditionally owned or otherwise occupied or used, and which have been confiscated, taken, occupied, used or damaged without their free, prior and informed consent.

2.  Unless otherwise freely agreed upon by the peoples concerned, compensation shall take the form of lands, territories and resources equal in quality, size and legal status or of monetary compensation or other appropriate redress. 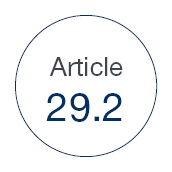 Storage or disposal of hazardous materials

States shall take effective measures to ensure that no storage or disposal of hazardous materials shall take place in the lands or territories of indigenous peoples without their free, prior and informed consent. 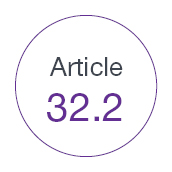 States shall consult and cooperate in good faith with the indigenous peoples concerned through their own representative institutions in order to obtain their free and informed consent prior to the approval of any project affecting their lands or territories and other resources, particularly in connection with the development, utilization or exploitation of mineral, water or other resources.

What is the legal context for Crown-Indigenous relations in Canada?

The Declaration was drafted by representatives from dozens of countries, each having distinct political and legal regimes affecting Indigenous groups. In analysing the Declaration’s application to Canada, one needs to consider Canada’s specific historical and legal context for crown-indigenous relations.

Will C-15 change the law on consultation & accommodation?

Early statements from the federal government suggest it is taking a limited view of the effect that C-15 would have on consultation.

“If passed, this legislation would not change Canada’s existing duty to consult Indigenous groups, or other consultation and participation requirements set out in other legislation like the new Impact Assessment Act. What it would do is inform how the Government approaches the implementation of its legal duties going forward. Additionally, it would do so in a way that provides greater clarity and creates greater certainty over time for Indigenous groups and all Canadians.”2

If C-15 is enacted as drafted, Canadian courts will eventually be asked to consider whether that view is correct.

If C-15 does change the approach to consultation & accommodation, how might it change?

Under existing Canadian law, the terms “consult” and “consent” have distinct meanings. How C-15 embraces the Declaration may narrow the distance between those concepts. In the short-term, we may see a relative decline in regulatory “certainty”, to the detriment of a fully robust economy.

In introducing British Columbia’s Declaration on the Rights of Indigenous Peoples Act in 2019, Scott Fraser, the Minister of Indigenous Relations, insisted that FPIC “is not a veto.” Instead, quoting UN Special Rapporteur James Anaya, Minister Fraser described it as an obligation to “…work together in good faith to make every effort towards mutually acceptable arrangements, allowing Indigenous peoples to genuinely influence the decision-making process.”3

The Department of Justice took a similar approach in describing the purpose of Bill C-15:

“Free, prior and informed consent is about working together in partnership and respect. In many ways, it reflects the ideals behind the relationship with Indigenous peoples, by striving to achieve consensus as parties work together in good faith on decisions that impact Indigenous rights and interests. Despite what some have suggested, it is not about having a veto over government decision-making.

Both British Columbia and Canada characterized consent as an objective that must be pursued in good faith, but not a required outcome while commenting on the adoption of the Declaration in their respective jurisdictions. Whether our courts will agree is another matter.

Even if the adoption of the Declaration means that consent must only be sought and not necessarily obtained, Canadian courts may take a more stringent view of the Crown’s duty to consult. Many Indigenous groups resent having to make out a prima facie case for the existence of their rights in a consultation process with the Crown. Many say the consultation process focuses inappropriately on individual activities and traditional uses as well as environmental mitigation measures, rather than on a recognition of their rights and their role as governments with stewardship responsibilities for their territories.

The Declaration arguably steers consultation towards a broader basis of engagement, however proponents of projects (to whom governments often delegate significant aspects of the duty to consult) are rarely able to engage with Indigenous groups on this basis. Project proponents need federal and provincial governments to lead or establish the parameters for engagement with Indigenous groups on the use of lands and resources within their territories. To facilitate this, British Columbia established a path in its Declaration Act for agreements with Indigenous groups embracing shared decision making and collaborative management arrangements. Whether Canada will move in a similar direction remains unknown until it passes C-15 and unveils the “action plans” called for in the federal Bill.

Businesses in the natural resources sector have gotten better at engaging with Indigenous groups in a principled and sustainable manner. They will now have to assess whether the Declaration will result in changes to their approach to project development, and their relationships with Indigenous groups. While specific strategies will vary from project to project, we expect proponents will engage Indigenous groups even earlier in the project design phase, with the goal of moving seamlessly from consultation to participation.

What further legislative or regulatory changes might C-15 trigger?

The federal government has already passed legislation incorporating principles from the Declaration. The most notable is the Impact Assessment Act, S.C. 2019, c. 28, which lays out a framework for deep engagement with Indigenous groups in the assessment of major projects. Although the Impact Assessment Act does not make it a requirement, proceeding without the free, prior and informed consent of a directly impacted Indigenous group may, as a practical matter, be a thing of the past.

Industry and Indigenous groups will be closely watching whether the Declaration will prompt governments to impose additional requirements before issuing permits, tenures and licences for “smaller” ventures that do not trigger the thresholds for assessment under the Impact Assessment Act.

The federal legislation that warrants a serious review, when compared to the goals of the Declaration is, of course, the Indian Act, R.S.C. 1985, c. I-5. The Indian Act is universally condemned as a remnant of colonial and paternalistic policies, but for half a century modern governments have failed to achieve consensus on how to modernize or abolish it. The likely strategy from the federal government may be to build on initiatives like the First Nations Land Management Act, S.C. 1999, c.24 and the First Nations Fiscal Management Act, S.C. 2005, or other negotiated processes that allow First Nations to leave behind at least some portions of the Indian Act.

Once C-15 completes second reading, the typical process would see a clause-by-clause review in committee, followed by a report to Parliament, third reading in the House of Commons, approval by the Senate, Royal Assent, and then coming into force. There is no guarantee of safe passage through that process.

Indigenous groups and others expect to be consulted and engaged in the refinement of the Bill. It remains to be seen how the legislative process accommodates them, as well as how the various parties will participate in committee and debates in the House of Commons.

Also up in the air is whether C-15 will have an easier passage through the Senate than Bill C-262, which “died on the order paper” in the fall 2019 with an election pending. With the possibility of a spring election, will C-15 suffer the same fate?

Whether and how the federal government adopts the United Nations Declaration on the Rights of Indigenous People through legislation, and the action plans that flow from it, will shape relations between governments, Indigenous groups and industry for years to come. We are available to help our clients navigate this challenging landscape, leading to durable relationships between Indigenous, public and private organizations.